In this course we learn about Electrostatic Potential, Equipotential Surfaces, Electrostatics of Conductors, Capacitors and much more! 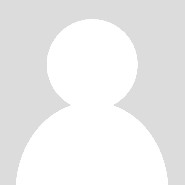 No more boring lectures. Only awesome online courses that transform your learning experience.